With the arrival of round 14 also comes the arrival of the battle in the Colosseum. There were seventeen eligible slaves (teen and up), so one random name was drawn. It turned out to be the teenaged Camryn Chbihi, whose mother Olga was the Gladiator who lost last round! The list was then culled to other eligible teenagers, of which there were only four! The sim chosen to fight Camryn to the death in the Colosseum was... Orellia Dubois. That's right - she was the surviving gladiator last round. Can Orellia survive once again? Or will Camryn be able to avenge her mother?

Raising the stakes even higher was the fact that I had planned for Orellia to marry Ramses Sekhet, the remaining Sekhet brother. If she dies in this battle, perhaps Ramses will be freed for marriage to Camryn (who has no planned spouse). Off to the arena we go! 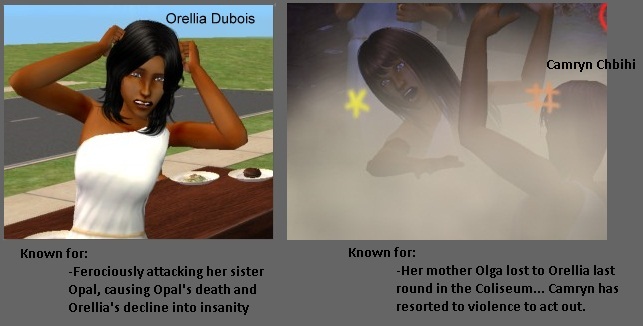 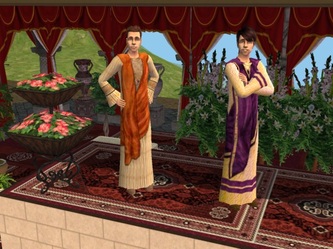 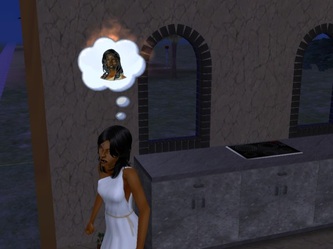 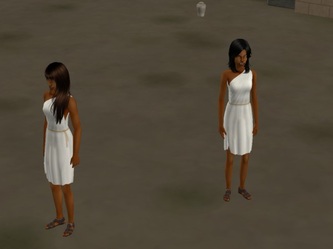 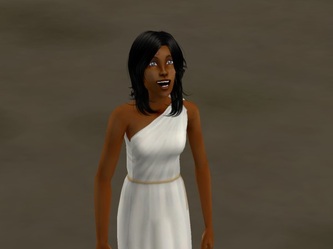 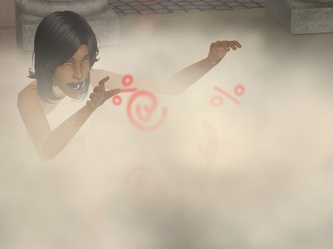 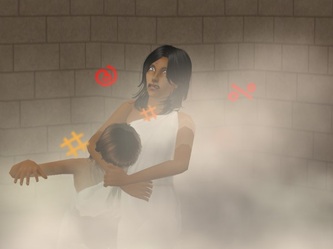 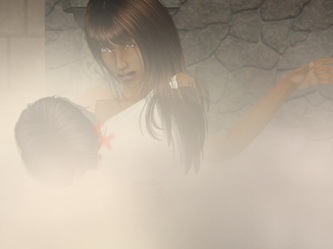 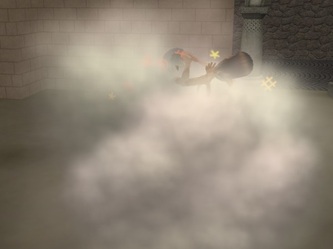 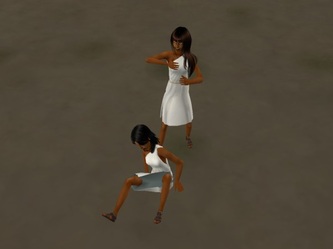 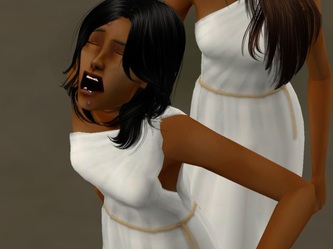 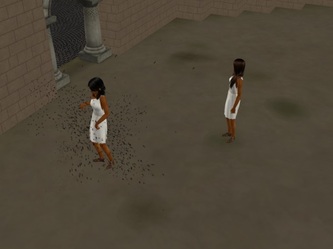 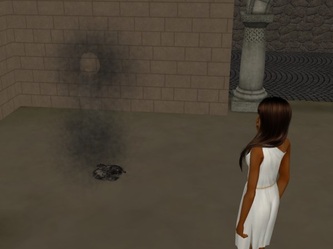 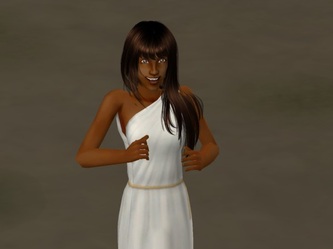 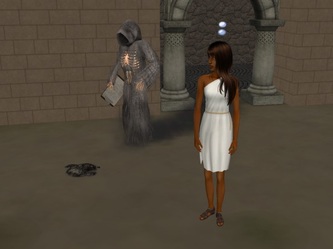 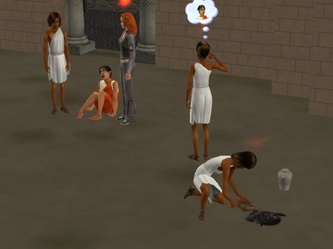 In the aftermath, Camryn returns home, having lost an enemy and gained a betrothed, Ramses Sekhet. Her family is overjoyed at her success, and her father is relieved that a husband has been found. She is now the only one out of all her siblings to find a match... the issues inherent in such an interconnected neighbourhood. Return to the main Round 14 screen for the start of the next round's stories.