Aida smirked with happiness when she saw her new home. Being the favourite sister of the Empress had done her well. Even though only one child had survived to adulthood, he had married a beautiful woman and hopefully a grandson to carry on the family name was on his way. Aida was confident that she was well set up for a comfortable life as Patrician, living out her days in peace. After all, her birthday was soon approaching. They even had a slave, one of the Chbihi girls, to assist in all the hosuehold chores. After a long lifetime of gardening and fishing, Aida planned to pursue only activities that involved as little dirt as possible.

Ashby rubbed his wife's pregnant belly and smiled. He cared less about the home than about the large family he and Oliviya planned to fill it with. Having lost his twin sister when only a young teen, he longed for a home filled with laughter and children. His upbringing had been far too quiet. Oliviya, on the other hand, had been the eldest of eight, but she loved her husband and also looked forward to expanding their family. This precious baby was only the first.

Melly was thankful that she had been assigned to this family. Only three people! Of course, there was a baby on the way, but one was not too bad, and hopefully she would be able to find a husband and make her way out of household slavery. Until then, however, she planned to enjoy the indoor amenities to be found in a Patrician home! 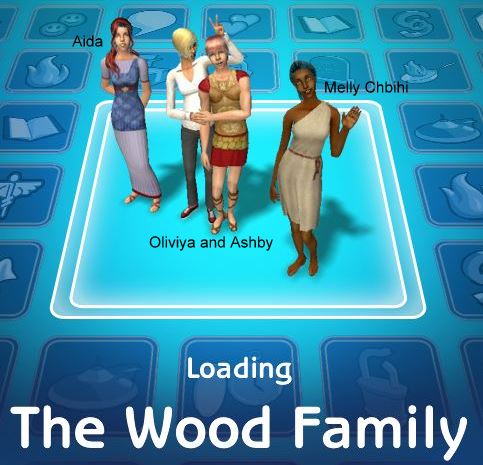 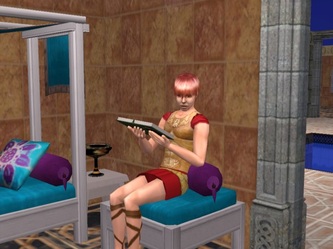 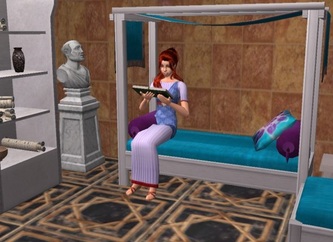 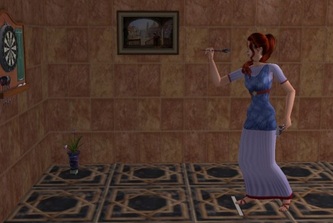 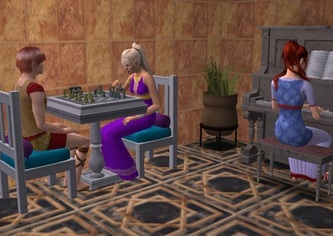 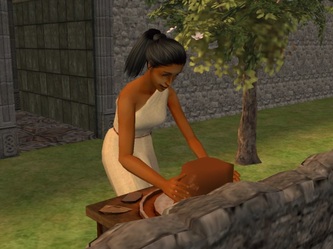 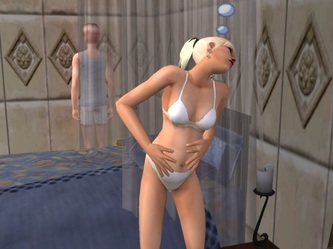 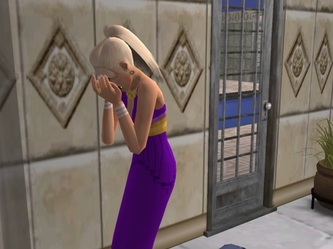 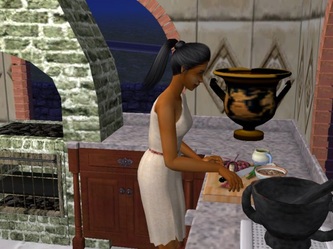 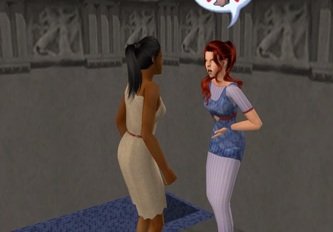 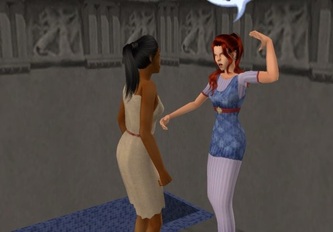 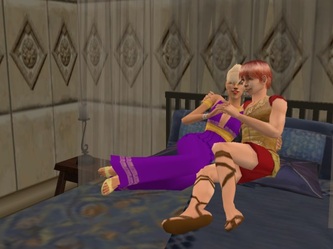 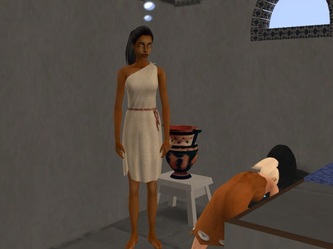 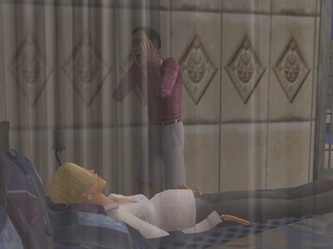 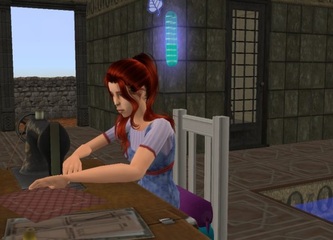 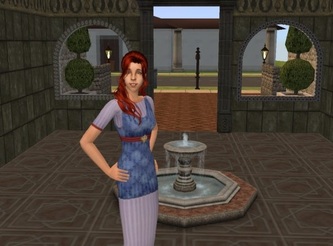 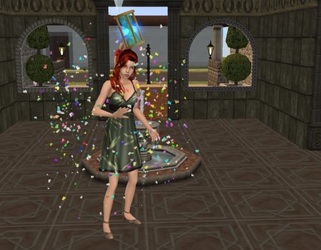 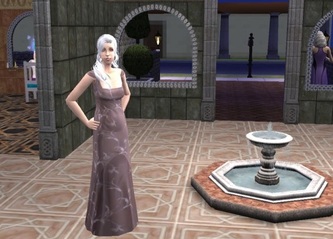 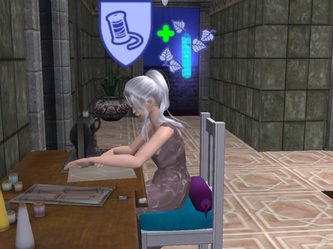 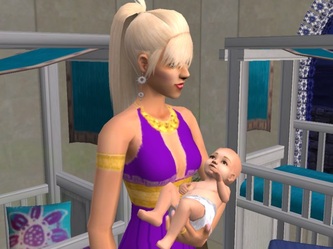 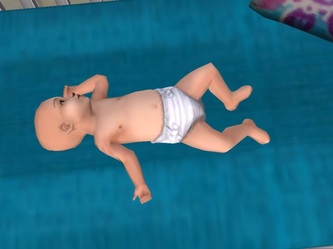 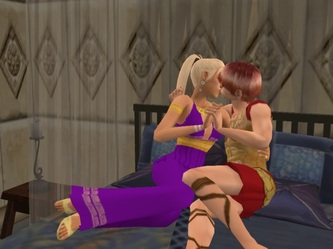 Not much to say. The most exciting part of this round was the birth of my first completely generation four baby! The third Wood family, up next, has a baby boy already, but the father is generation 2 and the mother is generation 3. I suppose it makes the most sense for generations to be tied to mother, meaning that Lucianus Wood is also generation 4. But still, Horatia is the first completely gen 4 baby and the first girl of generation 4. Very exciting :) I don't think I've ever gotten to a fourth generation before in playing the Sims. I always get bored but am nowhere near that point this time!
Wood 3